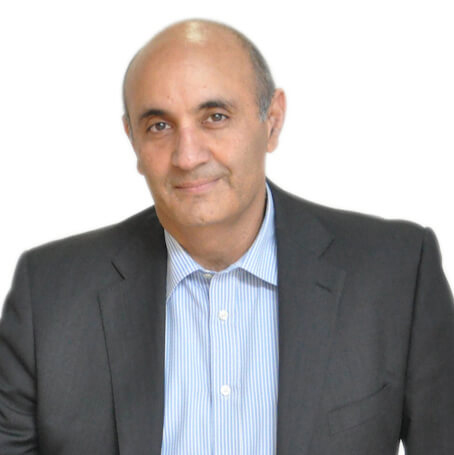 Raj is a serial entrepreneur and has been an active angel investor in eLearning, Web Portals, Security and IT companies. He started his first successful business at age twenty (22). He has helped launch numerous start-ups, taking strategic management roles, and helped to secure over $75 million in early and mid-stage funding. He also co-founded and operated many businesses in Ottawa spanning 35 years. Additionally, he has transacted M&A’s within the Technology and main stream domains. Raj has been dividing his time equally between North America and South East Asia for the past 15 years. Raj grew up globally, living in Iran, Italy, South America, India and speaks multiple languages. He has also been featured in business publications both in Canada and India.

He has identified and steered North American companies to significantly increase their India footprint and revenue for over a decade. His last venture (TaraSpan) which he exited from in 2014 grew from 3 people in 2007 to over a 160 people in India. Raj has travelled extensively to and within India to select and onboard both teams and channel partners to work with many of the solutions coming to India.

He has also travelled to and conducted business in the region including the UAE, Malaysia, Singapore, Philippines and Hong Kong. In addition, Raj has been a regular speaker in India and Canada with both Telecom and Entrepreneurial events in the region and across North America. He has led many Trade delegations to India working with Federal Ministers, Mayor of Ottawa, ITAC and is a mentor at Reliance JIO Gennext in Mumbai. He has also hosted many delegations to Canada from India.

Raj is formerly CEO and co-founder of TenXc Wireless, (Sold to CCI in 2011) a company developing intelligent antenna systems for the GSM market. He launched the company and was instrumental in raising over $20M in venture capital serving Tier 1 Mobile carriers in Canada and internationally. The company has deployed antenna solutions globally. He held International Sales and Business Development roles at Canadian General Electric and Dresser Industries early in his career where he was responsible for executing large contracts with Energy, Oil and Gas and the manufacturing sectors.

Raj is also the co-founder and Charter Member of the Ottawa chapter of TiE (The Indus Entrepreneur), a global organization focused on the fostering of entrepreneurship through mentoring, networking and education.  He has served as a Board Member at the University of Ottawa’s Alumni Association and an advisor to many companies. He also co-founded Maharaja’s Ball, a local charity that raised and distributed almost a $1M to multiple organizations in the Ottawa region over its 5 year history.

Raj holds a B.Eng degree in Mechanical Engineering from the University of Ottawa, Canada and a Diploma in Mechanical Systems from Algonquin College in Ottawa.